What happens when I vary a mixture?

‘Vary’ could be thought of as ‘Copy, Hide, and Make New’. When an ingredient is changed in a mixture the existing pre-change mixture formulation is maintained, unchanged in the system but is automatically hidden in the mixture selection lists.

Historical dispensing records are accurate since these continue to reference the ‘hidden’ mixture.

The changes are saved to a new mixture with the same name as the hidden one, ensuring that the new formulation will be picked next time. 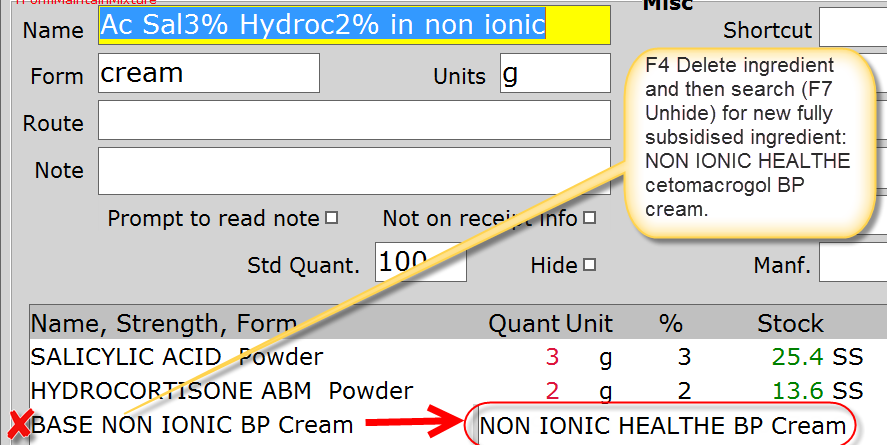 There will now be 2 mixtures named “Ac Sal3% hydroc2% in non ionic” – one hidden and one not hidden.

(They can both be seen if the F7 unhide key is used to do a mixture search.)

A patient who has the hidden mixture in their patient history and who has also had the new mixture formulation,

will have a patient history that shows two apparently identical mixtures on different lines of the history grid.

However in view/edit the different brands of the c ingredient, e.g. non-ionic base are visible.